Home » Animations » Superman: Red Son is a Fantastic Addition to The DCAU

Superman: Red Son is a Fantastic Addition to The DCAU 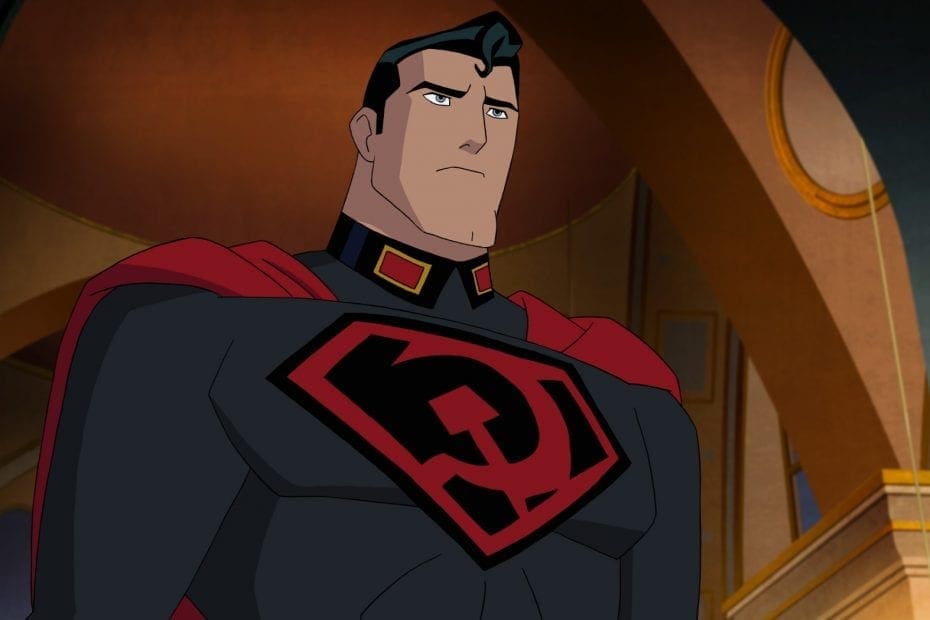 Superman: Red Son is an Elseworld story that takes place during the cold war and sees the Man of Steel become a Soviet hero after his rocket lands in the USSR.

Red Son opens with The Superman we all know and love. We meet The Boy Scout, The Hero, who is ready to do everything within his power to protect the Soviet people.

But when Superman discovers that his mentor, Joseph Stalin, had been imprisoning Soviet citizens for political purposes, Superman kills him and begins a new regime.

A regime that he felt would bring equality, peace, and unity to the Soviet Union. However, things don’t go as planned.

One of the many things Red Son gets right is showing the moral conflict within this version of Superman. At every step of his regime, Superman questions if his actions will lead to the growth he wants for his country.

However, to show the world that Communism works, Superman ends up using alien technology to control the Soviet people. And soon, the comrade of Steel becomes no different from his mentor.

But the man isn’t the only interesting character in this animated movie.

Similar to Gotham by Gaslight, Red Son shuffles several characters across the DC Universe into different roles.
In this world, not only does Lex Luthor marry daily planet reporter, Lois Lane, he eventually becomes the president of the USA.

In the USSR however, we meet a gay Wonder Woman who initially supports Superman’s regime of absolute control. Having seen mankind destroy itself in many wars, Diana feels that this might be man’s only way to peace.

That is until she and Superman have an encounter with Batman.

What RedSon Batman lacks in wealth, he makes up for in ruthlessness and moral ambiguity

After losing his parents in the Soviet Labor camps, a young Bruce blames Superman for his parent’s deaths.
And soon Batman starts a resistance with one goal in mind, to utterly Humiliate Superman through any means necessary.

And when he faced superman, he showed no mercy.

However, the best character swap came with the new division of the U.S military, The Green Lantern Marine Corps.

Now I love the Lantern Corps, but it’s not every day we get to see them function as a group. So imagine my surprise when I saw Hal, Jordan, and the rest of the squad in a formation, ready to capture The Man of Steel.

The plans and strategies they used against Superman were easily the best part of the entire movie. And I honestly wish we could see more from this squad.

Superman: Red Son is a wonderful story that shows how absolute power can corrupt even the best of us.

The animated movie did an incredible job of adapting the original story. And even though to some extent, I prefer the comic book’s ending, I think Superman: Red Son is a fantastic addition to the DC Animated Universe.