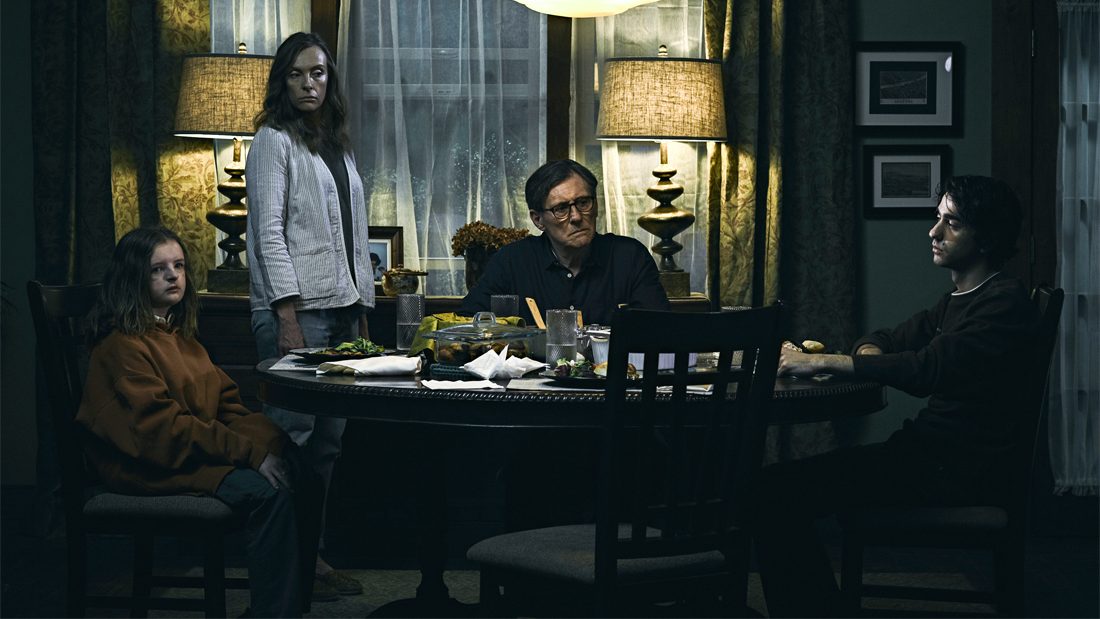 The Most Disturbing Movies of 2018

2018  saw the release of some of the Most Disturbing Movies I’ve ever seen. However, this doesn’t mean that any of the listed films were terrible  (in fact some of them are the best of 2018), but rather that they combine unique story telling with extremely graphic content.

Right from the beginning, Annihilation is a mind-fuck. And that’s why it’s one of my best Netflix Movies of 2018.

The film follows a group of military scientists who enter a mysterious wall of light called “The shimmer.” With the intention of discovering the motives behind the strange anomaly. 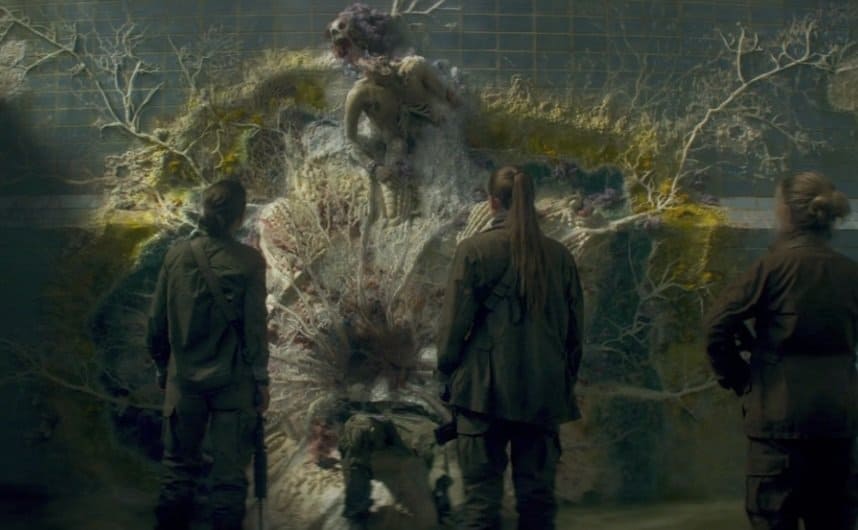 The Group finds one of the Shimmer’s Works. (Credit: Paramount Pictures)

And it’s here that the freak show begins.

With characters morphing into plants and others merging with animals to form a new species, Annihilation has earned its spot on this list.

But the Most Disturbing aspect of Annihilation, however, is its commentary about human nature.
According to the Movie, humans will inevitably adopt destructive habits (such as drug abuse or alcoholism) to destabilize or ruin any thriving situation they find themselves in.
Whether it’s a good job or a happy marriage, humans will implode because it’s in our nature to do so.

And this message is reflected in the lives of the five scientists who volunteer for a suicide mission that had already consumed many before them.

Annihilation is available on Netflix.

2. Sorry to Bother You

While Sorry to Bother You is meant to be a comedic commentary on modern society, some of its messages and themes aren’t readily obvious. And without context, most of the Movie comes off weird and sometimes Disturbing.

Sorry to Bother You takes place in an alternate reality of present-day Oakland, California, where telemarketer Cassius Green discovers the magical key to professional success, which according to the movie is using your white voice. 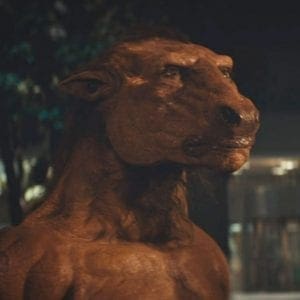 Now what they mean is, sounding so carefree and confident that people will listen and buy whatever you’re selling. (even if you’re dead inside)

But while the movie has a plethora of hidden metaphors, its most visually Disturbing message comes with the introduction of the Equisapiens.

These unholy creatures are the brainchild of Worry-Free CEO, Steve Lift.  Whose master plan was to use the Equisapiens to increase the production of  Co-operations around the world.

But what’s even brilliant about this Evil man’s plan, is how he take Cooperate espionage to another level.
Steve offers Cassius a hundred million dollars to infiltrate the Equisapiens and become their leader. So that when the Equisapien rebel, the company will have someone on the inside to look out for their interest.

And you thought your Job was Bad.

P.S. for a much better explanation on Sorry to Bother You, please check out this YouTube Channel Let Me Explain. He does a Fantastic Job.

Now every movie on this list has a reason for being weird. Whether it’s communicating a message to the audience or furthering the movie’s plot, there’s always a reason.
Mandy, however, is the exception to this rule. As it has no reason to delve into the level of crazy, it goes too.

Mandy follows the story of Red Miller (Nicolas Cage) and his wife Mandy Bloom, who live in a secluded forest in the Pacific Northwest.
But when the cruel cult leader Jeremiah Sand, Brutally kills Mandy, Red goes down the dark and bloody road of vengeance.

Now you might think this is just another revenge story. But that’s only the first half of the movie. By the second half, the film sheds any pretense of storytelling and leans in one hundred percent into its central theme, Madness.

One thing that didn’t help this weird movie is its casual use of cryptic art. And only lord knows who those biker guys are.

But at least we got an insane Chainsaw fight.

Words  cannot describe the events that occur in Suspiria. However, to label, this film as just another disturbing horror movie would be unfair and frankly an understatement. (it’s much worse than that)

Suspiria follows Susie Bannion,  a dancer who arrives in 1970s Berlin to join the world-renowned Helena Markos Dance Company. And soon, she becomes the new lead dancer.
But when the former lead dancer accuses the studio’s leaders of witchcraft. It’s revealed that the women who run the dance studio, are really a group of witches who believe their matron Helena Markos, is the great witch, Mother Suspiriorum.

But with Markos drawing closer to her death, the coven begins preparations to transfer her spirit of their matron into Susie, so that Markos can continue living through her. However, much to their surprise, they discover that Susie is the real Mother Suspiriorum. And that Markos just has just been a pretender.

Susie (now as Mother Suspiriorum) goes on a murder spree and kills Markos and all her followers. And then reforms the dance company in her own image.

And if all that doesn’t bother you, I don’t know what will.

While I love how captivating Hereditary becomes once its main story starts, I’m also horrified by things I saw on my screen.

After her mother Ellen, passes away, Annie and her family start experiencing strange things.
But when Charlie (Annie’s daughter) gets her head sliced off while returning from a party, Shit gets real. 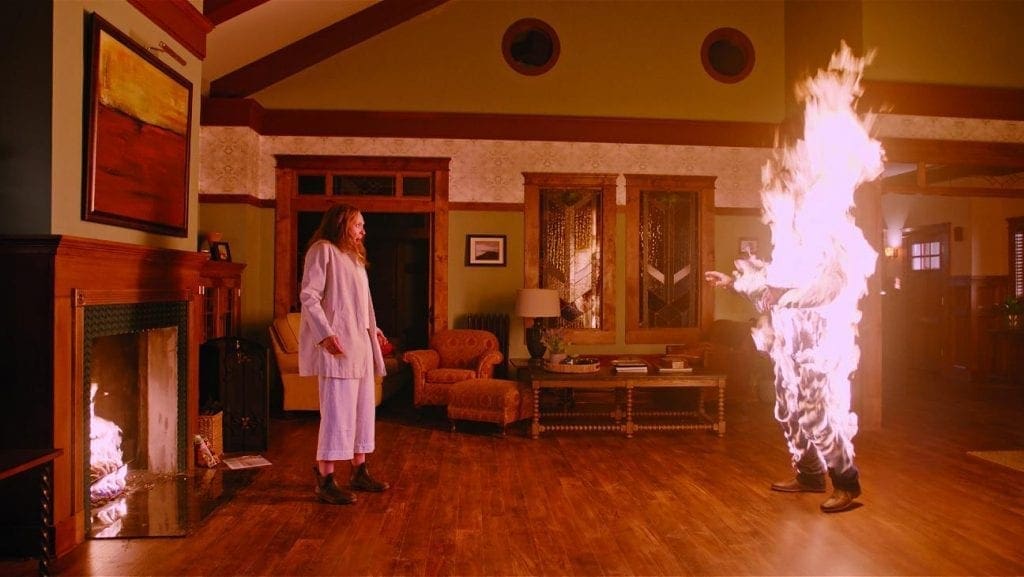 Depressed by her daughter’s death, Annie goes for grief counseling, and it’s there that she meets Joan. Joan teaches Annie how to host a Seance so she and her family can communicate with Charlie’s spirit.
But Annie later discovers that Joan and her Mother Ellen, are members of a cult that worships a demon from hell. And this cult has been searching for a host for this demon in Annie’s family.

To make matters worse, the Seance that Joan taught Annie, was a spell to let the demon into her home to look for a host.

And from here, all hell lets loose.

The Demon set ablaze Annie’s husband once she tells him the truth. And Peter (Annie’s son), jumps to his death when he sees his mother cutting her head off.
With the family gone, the cult then transfers the demon into Peter and worship him as their new leader.

So those are the Top five Most Disturbing movies of 2018. Share your thoughts down in the comments section. Or tweet at us at our twitter handle @RealCinemaHub
P.S. Your honest opinion what Movie was more disturbing, Suspiria or Hereditary?