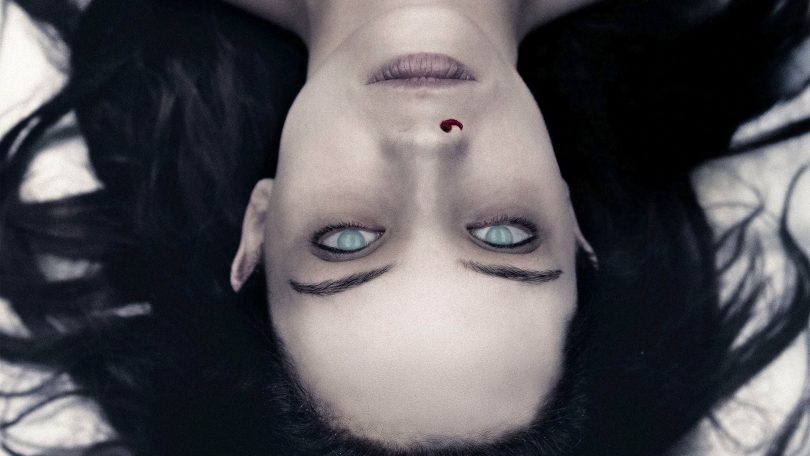 2017 was the year we saw Wolverine die. We got the start of yet another Spider-Man franchise. And DC finally released one movie that almost everyone likes (Wonder Woman).

We also saw another Mummy came back to life. Our favorite doll Annabelle, showed us her origin story.  And despite all odds, John Wick survived his second movie (somehow).

But with blockbuster movies spewing left, right, and center, a couple of good ones are bound to slip by unnoticed.

Here are Six Movies you probably missed in 2017

Six miles. That’s how far Natalie Hanson ran. She ran 9.6 kilometers Barefoot, bleeding and miles away from civilization, through the unforgiving freezing night of Wind River, Wyoming U.S.A. before collapsing and drowning in a pool of her blood.

This fast-paced thriller shows the strength necessary to survive in an unforgiving world and how the adverse effects of the environment we live in can affect our view of the world.

After losing so much to this poorly funded and ill secure part of the world, residents of the County are desperate,

The strength, durability, and passion portrayed by the characters are infectious and impressive from the brilliant dialogue to the unexpected action scenes.

This movie genuinely touched me, and it’s definitely one of my top five movies of 2017.

2. The Autopsy of Jane Doe

If there ever was a profession, I never imagined myself as becoming a medical examiner is on top of the list. And after watching this movie, you’ll probably agree with me.

The Autopsy of Jane Doe is extremely disturbing. It literally starts with death and ends with death.

But enough said, let’s get into it.

The movie centers on Dr. Tilden (played by Brian Cox) and his apprentice son Austin (Emile Hirsch), performing an autopsy on an unidentified woman (A.K.A Jane doe) found in a triple homicide. And while the duo conducts this task, they are consistently met with troubling details that make absolutely no sense.

When it comes to keeping the audience interested, The Autopsy of Jane Doe truly shines. The movie creates a beautiful mystery around the true identity of this woman, with little reliance on jump scares.

However, what really sold me on this film, was the outstanding background work by the movie’s best character.

And No, I don’t mean Dr. Tilden, who shows incredible agility despite his age. Or Jane Doe (played by Olwen Catherine), who is just perfect from start to finish.

The movie’s best character, from my perspective, is “THE RADIO” in the morgue. This guy is the messenger of death, and he gives the film some much-needed comedy.

But not to oversell Jane’s doe autopsy as the perfect horror movie, as it does have its flaws. I found myself distracted by Michael McElhatton’s (Roose Bolton from GOT) failed southern accent.

However, if you were looking for a movie to scare your friends stiff, congrats, you’ve found it.

Catch The Autopsy of Jane Doe on Amazon Prime

Seriously, check out the plan from the movie

Jimmy and Clyde Logan, have had a tough life.

From their mom’s illness(conveniently after their father’s settlement), then Jimmy (Channing Tatum) blows his knee out. (ending his football career) And if that wasn’t bad enough, Clyde (Adam Driver) lost his arm to a landmine just outside the airport while leaving Iraq.

But the final straw is when Jimmy loses his construction job, and his ex-wife decides she’s moving with his daughter to another state.

Broke, Unemployed, Injured, Alone, and Fed up with his pathetic state. Jimmy forges a plan, to rob the Charlotte motor speedway.

Honestly, this movie’s plot isn’t too solid. And I found it difficult to keep up with certain events on the first watch (However, subtitles solved this). But in no way did that make the movie any less fun.

Daniel Craig (James bond) steals the show with his carefree character Joe Bang, Hilary Swank even with limited screen time manages to leave the show on a cliffhanger.

But after all, ‘s said and done, Logan lucky is about a man trying to stay close to his family, and that’s what makes it so good.

you probably think this is another comedy filled the movie with inappropriate humor with medium to terrible acting. And you’re half right.

You’ll also be missing out on human sacrifices, insane deaths and so much blood (its disturbing how well they got did this)

The movie centers on Cole (played by Judah Lewis) a 12-year-old, experiencing the early stages of puberty (and all the uncertainties and fears that comes with becoming a teenager) and his babysitter Bee (Samara Weaving) who in many ways acts like his cool older sister.

Bee gets rid of his bullies, provides him with fun life advice, even vows to pass down her van when he’s older.

But when Cole finds out his sweet sister-like babysitter is a human sacrificing Satanist, who intends on using his blood to complete the ritual. He has to grow up and face his fears to survive.

If you’re a fan of the Home Alone series, you want to watch this.

Honestly, The Babysitter has its issues. Some scenes aren’t realistic, and others are just plain weird.

But I had fun, especially with the (though predictable) near-seamless switch from comedy to horror, and I know you will too.

Catch The Babysitter on Netflix

The movie picks up with Tree (Jessica Rothe) waking up on some random guy’s bed, after a long night of partying (college life).

While making “the walk of shame” from the boy’s dorm to her sorority, we get a peak on Tree’s routine life and personality. And she’s a bi**h who is unnecessarily mean to every single person she meets on this short walk.

Her b*tch status becomes a problem when a masked person kills her, and she’s stuck in a reincarnation loop, where she has to relive the same day. And since anyone of her enemies could be killer (including the wife of the Professor she’s banging), Tree realizes she has no real friends.

This fun, straight to the point movie doesn’t explain away the reincarnation loop with some supernatural reason. Instead, it focuses on the personal tragedy in Tree’s life. And I could relate, cause so many times in life we let the adverse effects of unfortunate events define us. Rather than grieving and moving on.

Based on real events, this romantic comedy centers on aspiring Pakistani comedian, on kumail Nanjiani. Who in spite of his traditional Muslim parents starts a relationship with American grad student Emily Gardner.

But when a mystery illness befalls Emily, kumail is forced to defy his family’s wishes while navigating this medical crisis with Emily’s enthusiastic parents.

Some of the best moments in this movie are with the hilarious families of these lovebirds. They are undoubtedly the show stealers of this movie. Beth Gardner and Sharmeen Nanjiani (Emily and Kumail mothers) were lively, threatening, and sweet, all at once. I found myself eager for more scenes with them.

The Big sick gave me one of the most epic quotes, I’ve ever seen in a movie.

Despite being a comedy movie, the big sick never loses its seriousness. Events happening around and to these characters have a realistic feel and consequence. A good example (*spoilers*) is when kumail’s family disowns him for ignoring his Pakistani culture. With even his mother refusing to speak to him.

This something I don’t often see in comical dramas, most of which prefer to ignore the seriousness of the plot until the very end.

While The Big Sick starts as a slow-paced movie, it eventually morphs into a solid Rom-Com. And if you can get past the first ten minutes of awkward cliché comedy, you’ll end up loving The Big Sick as much as I do.

The Big Sick is now available on Amazon Prime