Home » Movie Reviews » Sound of Metal Movie Review: An Emotional Reminder That Some Changes Are Necessary

Sound of Metal Movie Review: An Emotional Reminder That Some Changes Are Necessary 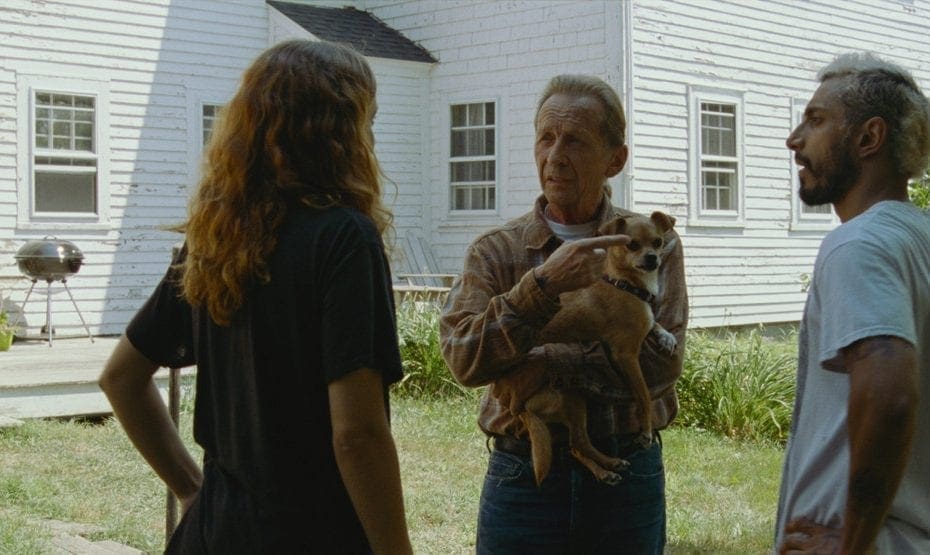 Where to Watch Sound of Metal:

Sound of Metal is genuinely one of the best dramas I have seen this year, and I highly recommend it. The movie follows the story of a Heavy-Metal drummer named Ruben (Riz Ahmed), whose life falls into chaos when he suddenly loses his hearing.

One of the best aspects of Sound of Metal is how it places the audience in the main character’s shoes. The film not only does a brilliant job of showing us what it feels like to have your life suddenly flipped on its head. But it also allows us to hear the world from Ruben’s perspective so we can truly understand what he is going through.

However, while watching this movie, I noticed Ruben’s story mirrors the five stages of grief. Denial, Anger, Bargaining, Depression, and Acceptance. And throughout the film, we see him gradually overcome each stage until he finally comes to terms with his fate.

Now, I really want to discuss this aspect of the movie. So if you’re not interested in spoilers, please skip ahead to The Verdict.

The First Four Stages of Grief

After learning about his situation, Ruben goes into Denial and attempts to go back to living his life as normal. But when his hearing reduces to the point he can no longer play in his band, Ruben gets angry and soon becomes scared of losing the two things he cares most about–his music and his girlfriend, Louise.

However, despite his fears, the one person who never gives up on Ruben is Louise. Shortly after losing his hearing, Lou forces Ruben to join a deaf community of people who assist him adjust to his new life. There Ruben meets Joe, the head of the community (fantastically played by Paul Raci). And he tries his best to help Ruben let go of his rage and transition into his new life.

But while Ruben thrives and even grows within this community, he never really lets go of his past life.

This is the point of the film where I feel Ruben’s Bargaining phase begins. Ruben saw his deafness as a phase he would eventually overcome once he got his hearing implants. And he used the deaf community to cope with his situation until he got the money to pay for the operation.

But while I understand why the film presents this as a betrayal to the community. I also do not blame Ruben for trying to recover his hearing. I mean, placed in the same situation, which one of us wouldn’t at least try to get their life back on track?

However, just when Ruben thinks the worst is behind him, he discovers that his new implants don’t work as well as he expected. And he is now stuck hearing a distorted world for the rest of his life. This revelation crushes Ruben inside and sends him into a deep depression. But it also opens him up to the last phase of his journey, “Acceptance.”

One thing I really respect this movie for is how it handles Ruben’s Acceptance phase. Where a lesser film would have had him suddenly realize his mistakes, Sound of Metal allows Reuben to make a choice, not for himself but for the sake of Louise’s mental health.

Earlier in the movie, we learn that Louise has a habit of compulsively scratching herself whenever she’s nervous. And because of this habit, Lou often has several scratch marks on her left arm. But after moving back in with her father, Lou not only looks better, but Ruben notices the marks on her arm are gone.

However, this all changes the minute Ruben talks about them returning home to play concerts again. And once Louise starts scratching again, Ruben finally gets the message. He realizes the pressure he had been placing on her even before he lost his hearing.

This moment prompts Ruben to take the last step of his journey and accept that his old life is gone. And when given the choice to either keep his hearing for the sake of his music or move on for his girlfriend, Ruben chooses to go deaf rather than hurt the woman he loves.

As I said in my opening, Sound of Metal is one of the best dramas I have seen this year. The movie gives an unfiltered look at a man trying to make the best of a terrible situation. But while going deaf was a horrible event in Ruben’s life, it ultimately helped him reform himself and save his relationship.

Riz Ahmed gives a fantastic performance as Ruben. And Paul Raci and Olivia Cooke were amazing as Joe and Louise, respectively. I can’t recommend this movie enough, and I hope you guys see it whenever possible.