The Nun Review: How the Conjuring Universe Began. 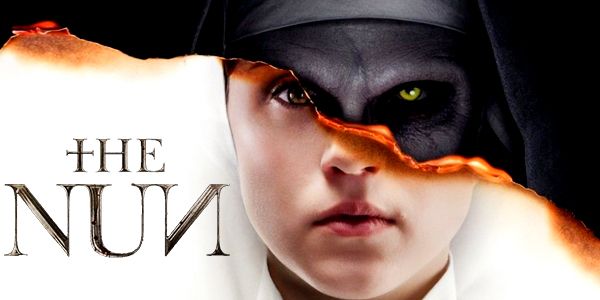 The Nun follows a priest and a novitiate on the verge of her final vows sent by the Vatican to investigate the mysterious death of a young nun. Together, the pair uncovers the order’s unholy secret and confront a malevolent force in the form of a demonic nun.

After Kicking off with a strong beginning, the Nun introduces the audience to three of its four main characters in the persons of Father Burke, Sister Irene, and Frenchie (played by Demián Bichir, Taissa Farmiga, and Jonas Bloquet respectively).

Now despite its many flaws, The Nun maintains the solid acting and scenery of past Conjuring films. Bichir and Farmiga’s energetic performances brought life to their character’s story arcs. And blessed us with some of the best scenes in the entire franchise.

Even side characters such as the Mother superior of the abbey (played by Lynnette Gaza) were just as cold and terrifying as the main Antagonist itself.

Sadly what the movie gave in acting and concept, it lacked in execution.

Now I love The Conjuring Universe. Its concepts and core characters inspired me to take a second look at the horror genre. However, despite my admiration for the universe, The Nun, sadly, felt like a forgettable filler episode on a TV show.

A good spinoff is one that can stand on its own while creating intrigue about the general story. And while The Nun answers some crucial questions, the movie barely gets by on its own.

The movie’s use of a thousand and one jump-scares didn’t do it any favors either. As over time, it became too obvious where our favorite Demon Sister would troll viewers next.

Speaking of the Demon Nun, she isn’t in this movie for long. Other than the final act and a few jump-scares in between, most of the movie’s ghouls are minions of the Demon Nun.

However, the one unforgivable sin the Nun commits is its convenient throw away of logic to push its plot. I mean, after several encounters with a demonic entity, the last thing anyone would do be split-up. And yet on multiple occasions, the characters decide to go off on their own.

The Nun is an OK film that connects the dots between all movies in the Conjuring Universe. And though the concept and performances were excellent, the movie’s execution could, and should have been better.