Home » Movie Reviews » The Wretched is a Decent Thriller, Not a Scary Horror Movie.

The Wretched is a Decent Thriller, Not a Scary Horror Movie. 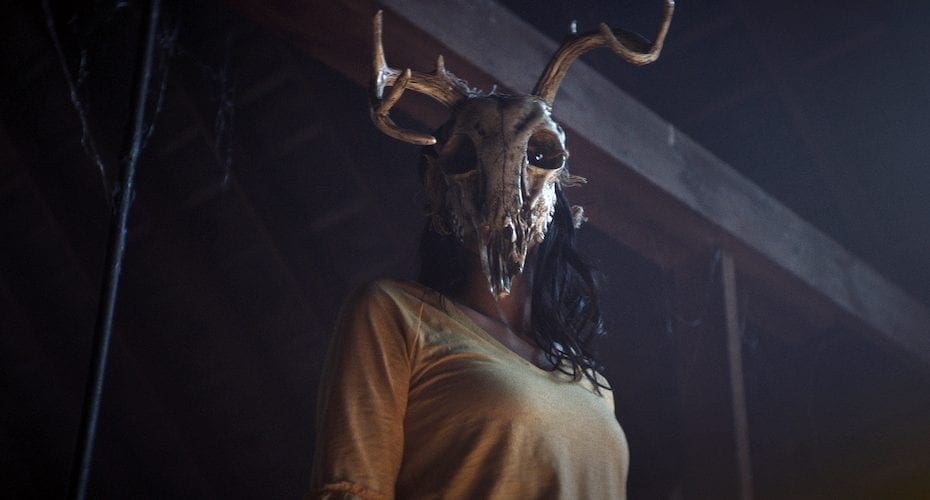 Where To Watch The Wretched:

The Wretched follows Ben, a defiant teenage boy struggling with his parent’s divorce. But while spending the summer with his father, Ben discovers that an old witch who eats children has possessed his next-door neighbour.

Despite its best efforts, The Wretched is not a scary movie. The film initially feels like a teen flick, where teenagers make poor decisions, which ends up killing half of them, while the survivors learn some life lesson.

Fortunately, thanks to the quick work from The Wretched’s villain (a. k. a. “The Wretch”), the movie quickly morphs into a very disturbing thriller.

If there’s one thing that raised The Wretched for me, it would be the film’s special effects.  They made every scene with “The Wretch” that more convincing.  And it’s thanks to them that the Wretched is half as good as it is.

When we first meet “The Wretch,” it’s in a 35-year flashback. And there, we find out that the old witch has possessed a small family and is now feasting on the poor couple’s only daughter.

Fast forward to the present day, and “The Wretch” is still up to her old tricks.

One thing I love about “The Wretch” is how efficiently she operates. Rather than spend half the movie terrifying everyone, “The Wretch” wastes no time once she identifies Ben’s neighbour Dylan, as her next target.

Seizing the night, “The Wretch” slips into the house next-door and possesses Dylan’s mom, Abbie. She then brainwashes Dylan’s father, before finally pouncing on her next victim.

Even when Ben suspects that something’s wrong over at his neighbour’s house, The Wretch takes smart moves to cover her tracks.

Ben’s worst fears come true when he goes to check up on Dylan, but Dylan’s Dad doesn’t remember having a son.

However, during their conversation, Ben notices a strange symbol on his Neighbour’s front pouch. And thanks to a bit of research, Ben discovers That “The Wretch” is an Ancient Witch who feeds on forgotten children and then wears the flesh of her victims.

Determined to expose “The Wretch,” Ben breaks into Abbie’s cellar and finds The Wretch’s Shrine. And it’s there that Ben discovers that his friend’s sister, Lilly, is The Wretch’s next target.
But when Ben calls to warn his friend Mallory, he finds that she has lost all memory of her sister.

And at this point, I’m sure you want to see the movie for yourself.

While The Wretched is not the scariest horror movie around, it’s still an enjoyable thriller.

The film is at its best when it sticks to the horror aspect of its nonlinear narrative, which it uses to deliver a couple of surprises.

The Wretched is now available on Amazon and Apple Tv.