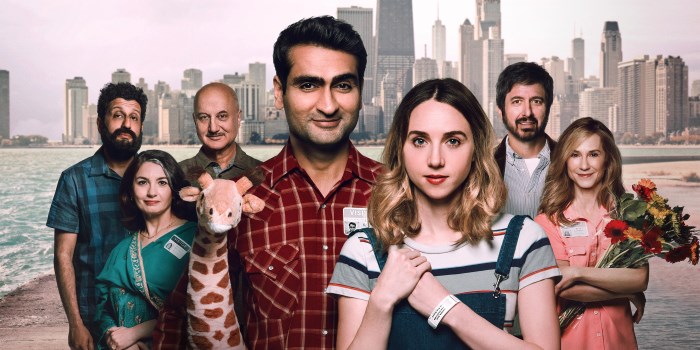 The Big Sick Reminds Us That Love isn’t Easy

Based on real events, this romantic comedy centers on aspiring Pakistani comedian, on kumail Nanjiani. Who in spite of his traditional Muslim parents starts a relationship with American grad student Emily Gardner.

But when a mystery illness befalls Emily, kumail is forced to defy his family’s wishes while navigating this medical crisis with Emily’s enthusiastic parents.

Some of the best moments in this movie are with the hilarious families of these lovebirds. They are undoubtedly the show stealers of this movie. Beth Gardner and Sharmeen Nanjiani (Emily and Kumail mothers) were lively, threatening and sweet all at once. I found myself eager for more scenes with them.

In spite of being a comedy movie, the big sick never loses its seriousness. Events happening around and to these characters have a realistic feel and consequence. A good example (*spoilers*) is when kumail’s family disowns him for ignoring his Pakistani culture. With even his mother refusing to speak to him.

This something I don’t often see in comical dramas, most of which prefer to ignore the seriousness of the plot until the very end.

This initially slow-paced yet long movie might have some you raining curses on me, but if you can get past the first ten minutes of awkward cliché comedy, you’ll love THE BIG SICK as much as I do.