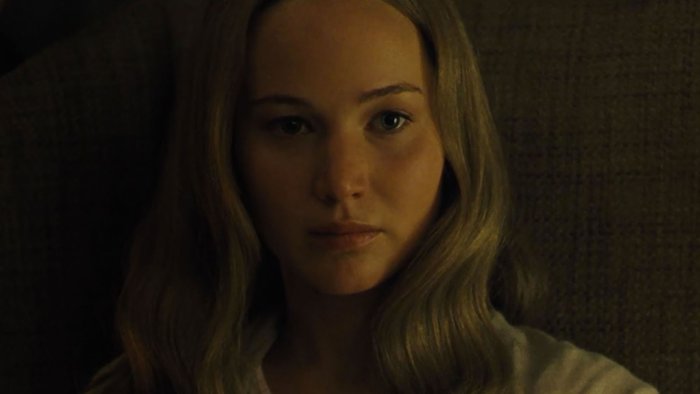 Mother follows the story of a couple whose relationship undergoes trials when a series of uninvited guests arrive at their home, disrupting their peaceful existence and turning it into a war zone.

Written by Darren Aronofsky, Mother is a beautifully shot movie, with beautiful performances from Jennifer Lawrence, Javier Bardem, Ed Harris, and others.

The entire movie occurs in the couple’s house without revealing any of the character’s names. It gives a metaphorical representation of the relationship between God, Man, and Mother Nature. Where despite the many sins of man, Mother Nature’s husband (who is God) cannot help but forgive his fans. And this leads to the inevitable cycle that destroys the world.

With Mother, there are no terrible aspects, but there are layers upon layers of craziness. And this madness starts right from the first scene and continues until the end.
What initially starts as a horror film where viewers might expect the loving wife to end up as a sacrifice for her husband’s cult. Slowly devolves into a house of madness where an actual war takes place.

But the movie’s most annoying feature is its metaphorical events, which come with multiple interpretations. From an environmental point of view to a religious perspective, this drama has no shortage of ways to mess with one’s mind.

While Mother will offend some viewers, it accomplishes its goal by getting audiences to reflect on how we treat ourselves and the planet.