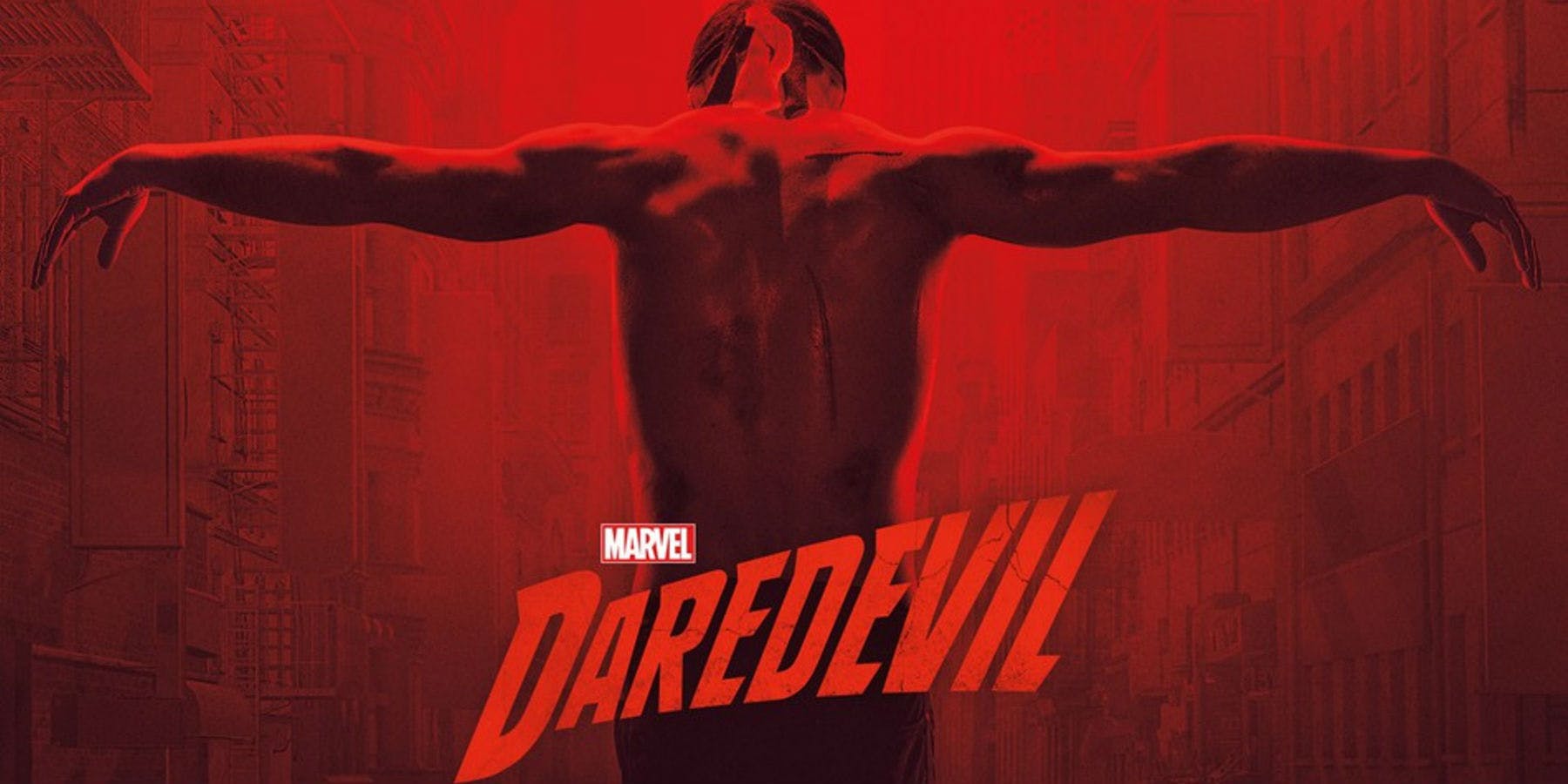 Daredevil follows the story of Matt Murdock, a blind lawyer that fights crime in court by day. And by night uses his heightened senses to fight crime on the streets of New York as the masked vigilante.

[dropcap]For [/dropcap] the Devil of Hell’s Kitchen, season 3 was all about returning to the basics and rediscovering himself and his convictions.
After surviving a building collapsing on him, we find Matthew broken in mind, body, and spirit. Convinced that God has abandoned him, Matt questions his mission as Daredevil, his connection to his friends, and most importantly his no-kill rule.
However, through the course of the season (and a little help from the best friends in the world) he is slowly reminded why he must be the hero he is. This lesson though, is not without pain and losses, as Daredevil stumbles from one trap to another set by his arch nemesis Wilson Fisk.

[dropcap]Mr. [/dropcap]Fisk is back and he has a wish list.

After losing his empire in season one and taking over the prison where he was incarcerated in season two. Fisk strikes a deal with the FBI in exchange for a clean slate for his Wife, Vanessa. But when Fisk gets stabbed for snitching on his past crime partners, the FBI transfers him into witness protection.
But unknown to the government, this is all part of Fisk’s plan to turn the FBI into his personal army, complete with pardons and protection for any crime boss.

While we may never know the full extent of the Kingpin’s plans, the show provides a hint through the lives of agent Nadeem and agent Ben Poindexter (AKA Bullseye).
These two find themselves on the wrong side of Kingpin’s plans and are manipulated into his corner. However, the agents also display two very different reactions to the situation on the ground.

Where Nadeem initially cooperates with the Kingpin’s plans for his family’s safety. It’s not long before he stands up to Fisk and every other dirty FBI agent.
On the other hand, the highly capable but mentally unstable agent Poindexter embraces the role Fisk offers him. And this leads to massacre after massacre in the city of Hell’s Kitchen.

Three names we all knew would come back together.

Seeing the group function again, against a common enemy felt great. But its Foggy Nelson that fights and succeeds at bringing this group of broken individuals together once more.
With every passing season, my respect for Franklin Nelson (Foggy) increases. He is the heart of the group and a genuinely good person. Despite all the terrible ways Matthew treats him over the series, Foggy never

loses hope. Throughout the season he repeatedly stops Matt from crossing the line and advocates for bringing Fisk down the right way.
Despite lacking heightened abilities, Foggy uses his normal ones to look for other ways to fight the Kingpin. While doing his best to be there for his friends and family without once thinking about himself. However, Foggy couldn’t have achieved all this without moral support from his girlfriend, Marci. Who continues to surprise by acting as his pillar during times of crisis.

Karen Page remains a controversial character (for me at least). This season we got to see Karen in action as an investigative reporter for the Bulletin newspaper.
She alongside Foggy and Matt take down the kingpin for the second time and bring his empire crumbling down. However, despite being a much better character this season, Karen takes certain decisions, which imply little to no thought behind them.

Daredevil season 3 shows that through every journey in life, we will hit certain obstacles that may cause us to question our path. But everything will be ok. If it’s not ok, it’s not the end.

Daredevil season 3 is available on Netflix.